Mel B has confessed to sharing kisses - and possibly more - with her Spice Girls band mates back in their heyday. 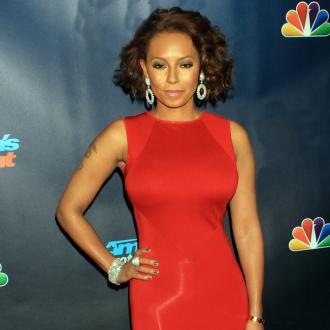 Mel B has snogged all of the Spice Girls.

The 'For Once In My Life' singer shared a rather intimate relationship with her band mates during their 90s heyday, and has locked lips with Victoria Beckham, Melanie Chisholm, Emma Bunton and Geri Halliwell.

Quizzed if she had been attracted to the other girls, Mel quipped: ''Always. They're my homies. I kissed all of them, yes. I got my tongue pierced and I wanted to try out my tongue piercing and so I kissed them all.''

When she was probed whether the girls had ever got frisky between the sheets, Mel Coyly replied: ''Back in the day I had fun.''

The 38-year-old mum-of-three - who is married to Stephen Belafonte - also enjoyed flings with multiple men when the girl band first rose to fame.

She added: ''I did have a guy mentality back in the day and why not? I was 18 and travelling the whole world. I had a lot of fun.''

The singer - born in the north of England - spoke openly about claims she had a five-year lesbian relationship with mum-of-two Christa Parker in Los Angeles.

Asked in an interview with US radio host and fellow 'America's Got Talent' judge Howard Stern whether she had been in love, Mel replied, ''I would say so'', adding they had split, ''Because women are crazy.''