Michael is a promisingstudent living in Armenia during the Ottoman Turkish Empire, who agrees to marry a rich woman in return for a dowry than can put him through medical school. He travels to Istanbul where he meets a reporter for the Associated Press named Christopher and his Armenian love interest Ana who grew up in France. It isn't long before a love triangle develops between the three of them which causes tension in their relationships, but all of that ceases to matter when the Empire begins the Armenian Genocide. He manages to get out of serving in the army, but after trying to save a member of his family he gets locked up in a prison camp himself. With his village in danger, all he wants is to rescue his family and his people, and Christopher - freeing himself of his jealousy of Ana and Michael's attraction - insists on helping in their escape.

Fiercely original and wildly ambitious, this provocative drama is often thrilling simply because it's like nothing ever put on-screen. This means that it can be somewhat overwhelming at times, as the film cycles through its dense plot, which seems to meander and stumble here and there. From inventive filmmaker Ari Folman (who made the award-winning animated doc Waltz With Bashir), this is a challenging look at identity in an increasingly digital society.

The story begins in the present day, as actress Robin Wright (playing a variation on herself) is living out of the limelight with her two kids (Kodi Smit-McPhee and Sami Gayle). Then her agent Al (Harvey Keitel) brings her a very strange job offer: a film studio boss (Danny Huston) wants to buy Robin's image to digitise and use in movies, while the real Robin is free to live her life away from Hollywood. Since her son's medical condition needs her attention, she signs a 20-year contract and lets the studio create an avatar that will carry on her career. Two decades later, advances in technology have made this kind of virtual existence available to the general public, so as a pioneer Robin is invited to the Futurists Congress, which is held in an animated alternate reality.

Essentially the story is told in two halves. The first part of the film is a smart and funny razor-sharp satire of Hollywood image-making, as the studio wants the young Robin Wright of The Princess Bride and Forrest Gump rather than the older, more serious actress. And from her perspective, she still wants to control her image as much as possible ("no Nazi or sci-fi movies!"). Then events leap forward to the animated Congress, which is a deluge of colourful characters from vintage cartoons and videogames. In this realm, people can be whatever they want to be. But the truth is that they are living drugged-up Matrix-style lives in the real world while their avatars cavort as if in a dreamland.

'The Princess Bride' actress Robin Wright plays a fictional idea of herself, as someone struggling to land acting roles despite her immense fame decades ago. In the movie, her son is suffering from increasing blindness for which she needs to raise many to help. Her agent has one last idea; seeing as she can no longer land movie roles, Miramount Studios want to scan her whole body, emotions, voice and personality to be used in digital imagery for future films so she no longer has to act. Desperate, she accepts the deal; allowing the studio to take ownership of her and accepting the money they pay her for it. Years later, however, she has become a major movie star once again and now Miramount want to showcase their new avatar programme at the Futurological Congress, whereby buyers can turn themselves into animated versions of anyone - and Miramount wants Robin to let people become her. As her life progresses, she starts to wonder just where the reality has gone in this virtual world.

This intriguing half-animated sci-fi drama explores themes of virtual reality and the limitlessness of human endeavour in the technological era. It has been directed and written by Ari Folman ('Waltz with Bashir', 'Made in Israel', 'Saint Clara') and is based on the novel 'The Futurological Congress' by Stanislaw Lem. 'The Congress' is due for UK release on August 15th 2014. 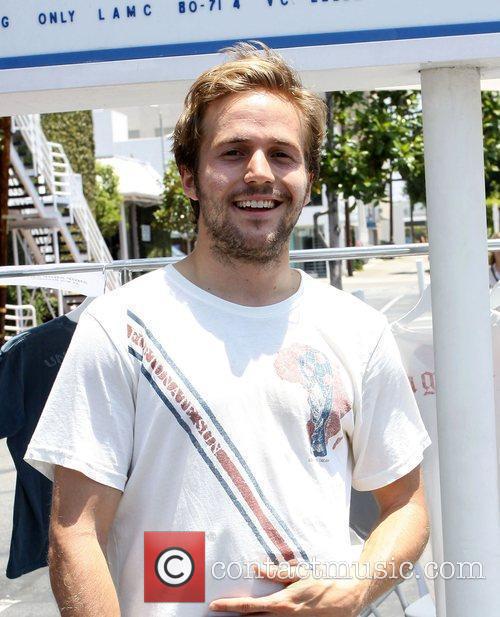