Naomi Campbell opens up about racism

Naomi Campbell has missed out on magazine covers because of her skin colour. 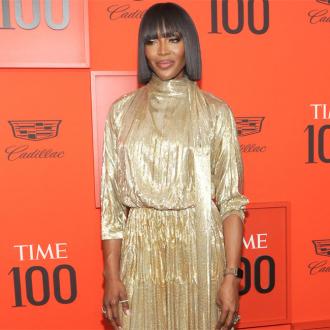 Naomi Campbell has missed out on magazine covers because of her skin colour.

The 50-year-old supermodel has spoken out about racism, admitting it makes her ''f***ing furious''.

She said: ''It makes me f***ing furious. Last year I was refused entry to a hotel in the south of France because of my skin colour. It's rude. It's wrong. And there are still certain countries where I don't appear on the cover of magazines for that same reason.''

And Naomi has praised Anna Wintour, the editor-in-chief of the US edition of Vogue magazine, for ''fighting the powers-that-be'' to get her on the cover.

She added: ''Actually I think Anna Wintour has been very brave recently. She has admitted the fashion industry is too wasteful. And she also told me she had to fight with the powers-that-be to get me on the cover of US Vogue first time round, for which I am grateful.''

Naomi admits she found it ''disgusting'' watching George Floyd's funeral, after he was murdered by a police officer in Minneapolis, Minnesota.

She explained to The Times' Weekend supplement: ''What I'm watching disgusts me - a funeral which is the result of violence against black people that never seems to end. Added to that, a Korean friend of mine was spat at in the supermarket yesterday. It's wrong! It's sick! There is such aggression out there! But news from the UK makes me think young people there can be proud of how they've handled things. The Black Lives Matter demonstration in Bristol, when they took down the statue, was inspiring. This young generation, black and white together, decided they're sick of injustice. No more excuses.''