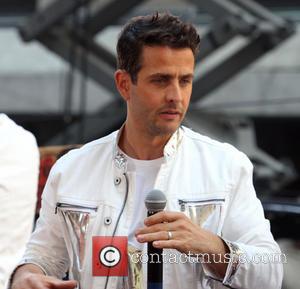 New Kids On The Block star Donnie Wahlberg has given fans a thrill by sharing a naked post-shower photo with followers on Twitter.com.

Wahlberg, who is reportedly dating actress/model Jenny MCCarthy, showed off a toned physique as he covered up his manhood with a towel in the black and white snap.

It is not the first time Wahlberg has shared shower pictures with fans - last summer (Jul12), he posted a photo of all the New Kids on the Block stars posing after a group shower.