Nick Grimshaw’s Radio 1 Breakfast Show: How Did It Go Down On Twitter? 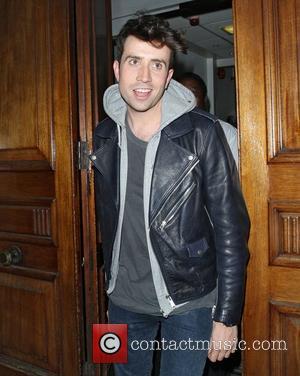 Nick Grimshaw’s Radio 1 breakfast show appeared to get the thumbs up from younger listeners on Monday morning (September 24, 2012) after the 28-year-old made his debut on the station, taking over from Chris Moyles. One thing certainly evidenced during Grimshaw’s first outing was his music-driven schedule, playing more tracks in the first half-hour then Moyles would ordinarily have played in the first half of his popular show.

Manchester-born Grimshaw mainly played a mix of tracks already featuring on the Radio 1 playlist, including the current UK No.1 from The Script, though he also opted for hits by Cheryl Cole, David Guetta, Otto Knows and The Vaccines. It certainly looks as though Grimshaw and Radio 1 controller Ben Cooper are looking to tackle their target demographic of 15 to 29-year-old’s head on, and the DJ’s first track, ‘Nigg*s in Paris’ by Watch the Throne duo Jay Z and Kanye West, was perhaps a sign of things to come. The show appeared to go down well with early-bird Twitter users; one said, “I'm giving myself a headache because grimmers is so perfect?” while another offered, “I only listened to about 30mins of grimmers show this morn and I LOVED it!!! TeamGrimmers - Chris who???”. Even a couple of celebs got in on the act, with One Direction’s Niall Horan also approving of the new show, saying, “Go on grimmy! great show dude! grimmers, love the way the robot calls him grimey”.

Though Grimshaw has made a solid start, the listener figures will ultimately have the final say in his success, or failure.