Hookworms 'Pearl Mystic' - Hookworms have been topping AOTY charts across the board and it's easy to see why with their debut full-length 'Pearl Mystic'. It is the irresistible midpoint between psychedelia and punk, droning guitars and driving rhythms, stunted shrieks and squalls of guitars.

M O N E Y 'The Shadow Of Heaven' - M O N E Y's debut album is as self-assured a debut as you could hope to hear. Verve (before the 'The') are an obvious influence, but 'The Shadow Of Heaven' is borne of a much broader emotional palette, often introspective but delivered with wide-eyed abandon and a flamboyance that brings to mind The Irrepressibles in the nature of its delivery.

Haiku Salut 'Tricolore' - In all honesty, 'Tricolore' doesn't come close to capturing the magic of Haiku Salut's live show, but it is still one of the most enjoyable albums I've heard this year. Common reference points are Beirut, Yann Tiersen and Efterklang, but there is a playful nature inherent within Haiku Salut's instrumental ditties that separates them from their more studious counterparts.

Jon Hopkins 'Immunity' - 'Immunity' is Eno re-imagined for dance-floors; gorgeous ambience that carries you to the stars bought back down to earth by throbbing basslines and pulsing percussion. One of its biggest charms is that there is no 'drop'; 'Immunity' keeps you waiting and often fizzles out where you expect it to explode, but the wait itself is well worth it.

Moonface 'Julia With Blue Jeans On' - Like Nils Frahm's 'Felt' and Songs:Ohia's 'Didn't It Rain', 'Julia With Blue Jeans On' is one of those albums where you feel like you are living inside the instrument being played. 'Julia...' is just piano and voice, but it resonates much more deeply than the preceding more raucous offerings from Spencer Krug, for whom Moonface is one of many nom de plumes.

Kayo Dot 'Hubrardo' - 'Hubrardo' is the culmination of over a decade of chiselling at an indecipherable formula and Kayo Dot's most exhilarating work by far. It is, more or less, equal parts Devin Townsend, Mahivishnu Orchestra, Bark Psychosis and Oceansize, a myriad monstrosity of unrelentingly epic proportions.

Cloud 'Comfort Songs' - This was the clear stand-out album of the year for me. Like Frightened Rabbit meets Nada Surf with smidgens of Neutral Milk Hotel, Animal Collective and God knows what else. It's hard to pin down what makes it so good but, by the second spin, you'll know every word. 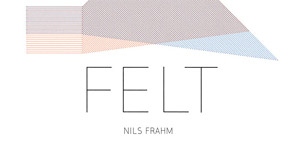