A.S. Fanning Talks To Contact Music Ahead Of The Release Of His Latest Album, You Should Go Mad [Exclusive]

A.S Fanning talks exclusively to Contact Music ahead of his album release. Continue reading: A.S. Fanning Talks To Contact Music Ahead Of The Release Of His Latest Album, You Should Go Mad [Exclusive]

By Andy Peterson in Music Reviews on 24 August 2016

It's hard with the benefit of plenty of hindsight to perceive the early noughties as anything but a musical wasteland, an almost perma-nightmare inhabited by Nu-metal, Blink 182 and nerdy post-interesting guff from the likes of Turin Brakes and Kings of Convenience.

Obviously there was good stuff too, but whilst Eminem was re-inventing hip hop and System of A Down were doing likewise with the Speed/Thrash/Opera/Queen thing they did, as an art form during the turn of the century the listening world was riddled with endless retrograde dumbness, machismo and insecurity.

The man we now know as Jon Hopkins - whose 2013 release Immunity won him a Mercury Prize nomination - was barely 20 at the time, a former piano student at London's Royal College of Music

By Lauren James in Music / Festivals on 03 September 2013

The Bat For Lashes singer has teamed up with Jon Hopkins to create the tear-jerker track.

Bat For Lashes' Natasha Khan and music producer Jon Hopkins have joined their creative forces to bring the official soundtrack song for upcoming war thriller, How I Live Now. Jon Hopkins had been working on the Kevin Macdonald-directed film's soundtrack when he decided to invite the exquisite vocals of Khan.

With an opening akin to The Stone Roses' 'I Wanna Be Adored,' the track is built around a softly thrumming bassline; a beating heart-style rhythm that keeps pace whilst Khan's ever-ethereal, mournful vocals sing of being "far away" from someone. Natasha Khan (aka Bat For Lashes) and music producer Jon Hopkins have collaborated on 'Garden's Heart'; a new song set to feature on the soundtrack to Saoirse Ronan's gripping new drama film 'How I Live Now'.

The video for the track begins with a clip from the movie, where Saoirse's character Daisy gets split up from her boyfriend by soldiers during the onslaught of the Third World War. She is then seen running a bath and tending to her cuts and bruises miserably, while appearing to visualise plants and lily pads in the tub, taking her back to her favourite countryside spot where she and her lover would talk and go skinny dipping. The song has a slow and steady rhythm, almost like beating heart, and Natasha's vocals are as charming and evocative as ever with the power to reduce any listener to tears even without the depressing subject matter of the movie.

Jon Hopkins had been working on the rest of the film score when he decided to enlist the talents of Natasha - a decision that was enthusiastically backed by director Kevin Macdonald. Bat For Lashes released her third album last year entitled 'The Haunted Man' and is currently on her US headline tour supporting it. 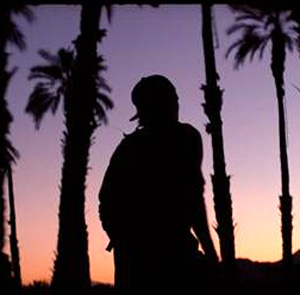 'What's that coming over the hill, is it a.....' Monsters is very much the creation of its director, Gareth Edward's. He devised its concept, wrote it, shot it and did the effects. Although produced on a shoestring (And they probably couldn't have afforded the Private Ear if they'd wanted him) the soundtrack duties were obviously one job too many for the multi talented creator of this British Sci-Fi Thriller.

Telling the story of two Americans trying to make it to their homeland across the 'Infected Zone' travelling through Guatemala, Belize and the Jungles of Mexico whilst avoiding tentacled alien life forms was never going to be an easy journey. The film, billed as an amalgam of Lost In Translation meets District 9, has however, despite its meagre budget, garnered a lot of positive critical acclaim.

Jon Hopkins, the London based purveyor of melodic electronica, may not have been an obvious choice but the results have largely justified the decision. Hopkins has previously released 3 solo studio albums and has most recently been collaborating with Brian Eno (Small Craft On A Milk White Sea) as well as the iconic film director David Lynch. His work with other artists have included Imogen Heap, folk-tronica group Tunng and Coldplay, so plenty to draw on. Couple with that Jonathan Julian Hopkins started playing piano at 5 and studied at the Royal College Of Music from the age of 12 and you'd be forgiven for thinking there was no other choice. 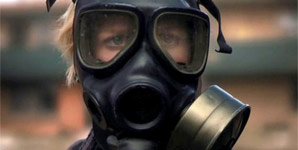 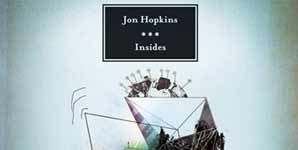