Lucky Guy: Is It Time To Accept Tom Hanks As One Of The Greats?

Though the play has received mixed reviews, critics are unanimous in their praise for Tom Hanks in Nora Ephron's 'Lucky Guy'

Tom Hanks has always plied his trade in the upper rungs of Hollywood's big-budget movies. You want a good looking extravagant type, you try for Johnny Depp. You want a brooding lead who can do action and suspense, you try for Brad Pitt. You want the older looking detective, the revered army general, or simply someone experienced and classy enough to carry off a unique and perhaps risky role, you look at Tom Hanks. Though Daniel Day-Lewis was very much the man of the moment in 2013 - winning his third Best Actor Oscar for Lincoln - Hanks shouldn't be discounted, as his latest venture proves.

This week, he made his Broadway debut in Nora Ephron's Lucky Guy to universal acclaim from critics. Though there were mixed reviews for much of the production - which Ephron was writing when she died last year - the individual performance of Hanks was undeniable. Variety magazine said he took "to the stage like a fish to water," while the New York Post said he was "the star of the show."

Michael Musto of the Village Voice said, "There's a lot of narration in Nora Ephron's last work, Lucky Guy, but that quickly becomes the point [...] Hanks is terrific at capturing the writer's gumption, drive, and vulnerability."

Continue reading: Lucky Guy: Is It Time To Accept Tom Hanks As One Of The Greats?

By Michael West in Lifestyle / Showbiz on 11 October 2012

Tom Hank's movies are among the most successful in the world and he is still one of the most prized actors across the western hemisphere. Although he's been in 50 movies and a whole host of television roles, he has never acted on Broadway but Hanks is now set to make his debut in 'Lucky Guy', a play by Nora Ephron, who died earlier this year aged 71.

Ephron and Hanks already had substantial history as Hanks has starred in two of her most successful films; Sleepless in Seattle and You've Got Mail. Hank's role in her this posthumous production of her writing will be somewhat a homage to her memory. The LA Times says that “'Lucky Guy' is based on the life of tabloid journalist Mike McAlary, who won a Pulitzer Prize in 1998 for his commentary on the Abner Louima scandal that ran in the New York Daily News. Hanks will play the colorful journalist, who died of cancer the same year.”

Speaking to Entertainment Weekly, Hanks said “It’s heartbreaking to consider [Nora's] absence, but we will continue on be guided by people who have no small desire to maintain her voice... It’s the third great collaboration I would’ve had with Nora, and we actually talked about it for a long time prior, so I think everybody around the table will be able to predict how she would’ve felt about some of our suggestions. We’ll all keep each other honest.”

By James Brundage
OK
There's just something really screwy about a family like the Ephrons.

A pair of sisters (Nora and Delia) collectively control the purse strings of many a woman and hold they keys to the heart of the modern romantic through two movies: Sleepless in Seattle and You've Got Mail. Nora Ephron (along with Meg Ryan), redefined delis and male-female interaction with 1989's When Harry Met Sally.... Both are the daughters of a screenwriting duo, children of The Industry, and have become higher-level powerbrokers than their parents ever were with a string of well publicized hits and soon forgotten misses that formed a winning streak that lasted up until now.

By David Levine
Bad
Heed my advice before seeing Bewitched: It may fly like a witch and twitch like a witch, but it's certainly not the beloved Bewitched.

While its trailers make you believe the small screen gem has been reincarnated from its TV Land graveyard, those expecting a proper big screen revival will be sorely disappointed. In fact, the sisters Ephron have carefully crafted a film that tries and succeeds at not resembling the original. Too bad the parts they took out are all the best bits. The finished product is new and different, but it's too predictable and remarkably devoid of anything entertaining or enduring.

By Matt Lawrence
Terrible
What a complete waste of time. Honestly, I can't remember the last time I saw a movie where it caused such a painful experience. It was so bad that during the last half-hour I fell asleep. Luckily my friends were there to wake me up. Why is this happening anymore? I know people still have faith in the romantic-comedy genre but this is really ridiculous. Taking the same story and molding it a little different each time isn't fun to watch anymore.

You've Got Mail is about a woman named Kathleen Kelly (Meg Ryan), who's children's book store is in danger of being put out of business because of a new Barnes and Noble type book super store, owned by Joe Fox (Tom Hanks). When they meet each other they (of course) hate each other. What's the problem? They don't know that the other one is their favorite e-mail buddy. The premise is actually creative but they don't do anything with it. Hanks and Ryan have the unnecessary romances with Parker Posey and Greg Kinnear at the beginning, but the audience knows better. We know they're going to be history in about forty-five minutes. Bored yet? 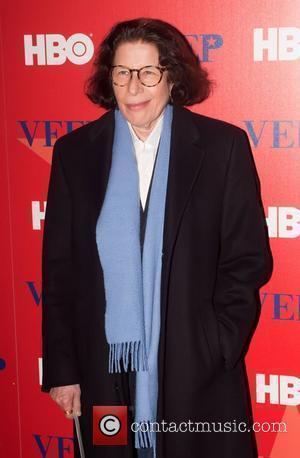 Nora Ephron Planned Her Own Memorial