The two professional dancers are rumoured to be joining the reality series which launches in January.

It’s been a tough week for ‘Strictly Come Dancing’ bosses and they may just have been given an extra thing to worry about. Rumour has it that ‘Strictly’s' secrets could be spilled on next year’s ‘Celebrity Big Brother’, with dancers Ola Jordan and Kristina Rihanoff set to enter the house. 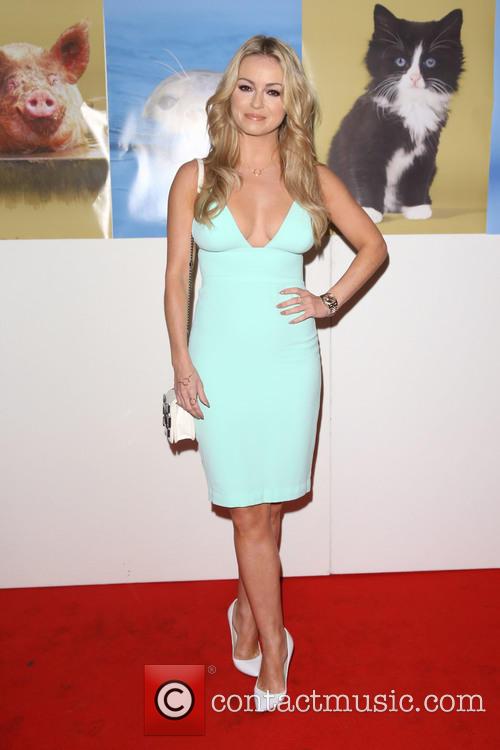 Is Ola Jordan heading for ‘CBB’?

According to the Daily Star, Jordan is set to follow in the footsteps of her husband James and enter the ‘CBB’ house in January. “Ola made up her mind pretty quickly she was going to go in after being offered the chance to be a contestant,” a source told the newspaper.

“Husband James is delighted she’s going in and has been giving her tips on how to survive life with cameras on you 24/7.” James competed on the reality series in the summer of 2014, finishing in third place.

But if Jordan does enter the ‘CBB’ house, she may see a familiar face. Last week it was reported by The Sun that dancer Kristina Rihanoff had agreed on to enter the Big Brother house, after signing a ‘big money deal’.

It was also claimed that the dancer was yet to tell her ‘Strictly’ bosses, who would no doubt not be pleased at the news. "She hasn't told bosses at Strictly she's going, but there is next to no chance that they will have her back when they hear she's signed up for CBB,” a source told the publication.

After announcing her departure from ‘Strictly’, Jordan has been stirring up some serious controversy after she alleged the show was fixed, claiming that the judging panel intentionally ‘over-mark’ some contestants.

Speaking to The Sun, Jordan said: "In my opinion they know how many votes people scored in the previous weeks and then they try to influence their position on the leader board. Why else would they over-mark someone?”

“All the pros talk about the marking. We ask each other, ‘What is all that about? Why are they trying to over-mark that person?’” Someone could do a dance and mess it up quite badly.”

“Now I know that was a bad dance and there’s no way it’s an eight, but the judge says, ‘That’s amazing’ and gives them an eight or a nine and we go, ‘What the hell’s going on?’“ But Jordan’s claims have been dismissed by veteran judge Len Goodman in an interview earlier this week.

“Eleven years I’ve done this show and never has a producer come up to us and said, ‘Mark this person up a bit, we want them to stay in’. They never interfere with our integrity, they never tell us what to say, we are not scripted to say this or that,” he stated.

“We just come out, say what we see and give a score and I totally understand sometimes I’ll give someone a seven and millions of people sitting at home will say that’s a nine. We’ve all got opinions. It’s taste, I like Brussels sprouts, you don’t.”

Ola Jordan Joins Line Up For 'I'm A Celebrity Get Me Out Of Here!'