Already In The Bag: One Direction Win At MTV Europe Music Awards 2012 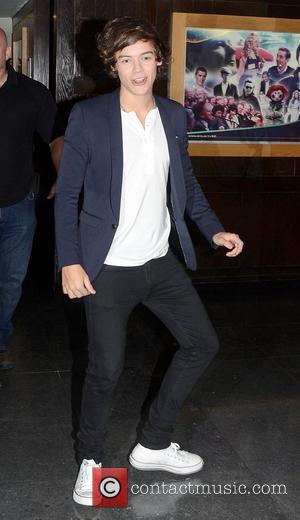 One Direction have won one of the biggest awards at the 2012 MTV European Music Awards. Don’t panic though, there’s still roughly a month to go until the actual event but MTV have already announced that One Direction have been named Best UK/ Ireland Act of the Year.

Louis Tomlinson spoke on behalf of the band to thank their fans for voting for them, telling MTV News, “We're so happy and incredibly honoured to have won this. Once again our amazing fans have done us proud – thanks so much as always to you all” said Tomlinson.

The awards ceremony itself is scheduled to take place in Frankfurt on November 11, 2012 and will be hosted by the supermodel Heidi Klum. Amongst the musical highlights of the evening are Taylor Swift and No Doubt. Taylor Swift will be making her EMA debut and said “I’ve always wanted to go to the EMA, because you hear about the spectacle of it, and how everyone just goes all out for their performances. To be nominated for five EMAs was the most exciting feeling, and I was absolutely blown away. I can’t wait to be there this year and perform on the show!”

Joining Swift as a frontrunner in the nominations is Rihanna, who has been nominated for six awards, including Best Female, Best Look and Best Pop Act. Her collaboration with Calvin Harris, ‘We Found Love’ has been nominated for Best Song and Best Video. The same track was originally recorded by Leona Lewis, who recently claimed that her own version was better.