One Direction have just released their first single as a four piece and ex member Zayn is proud of his former bandmates.

Former One Direction member Zayn Malik has proved once and for all there’s no bad blood between him and his former bandmates. The singer, who left the group earlier this year, took to Twitter on Saturday to congratulate his former bandmates on their first single since his departure, 'Drag Me Down'. 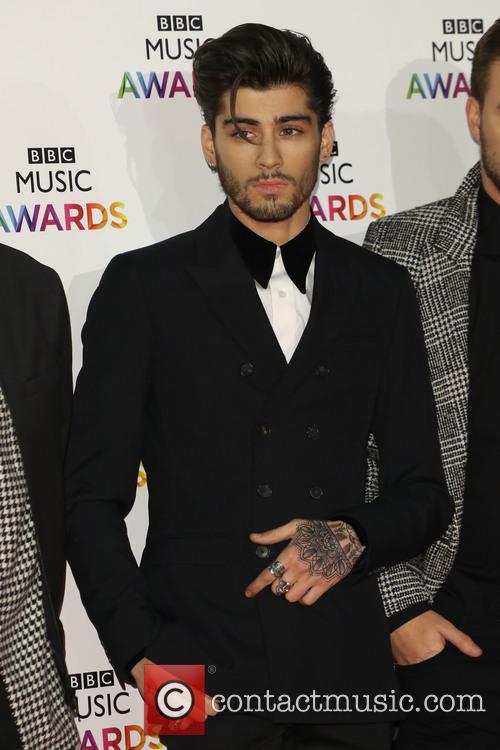 Zayn Malik has shown his support for One Direction’s new single.

The group unexpectedly released ‘Drag Me Down’ on Thursday, with band member Liam Payne tweeting, ‘Bit of a surprise ! Check out our new single! It’s called Drag Me Down & I hope you love it as much as we do.’ The track then climbed to the top of the charts on iTunes and Spotify just hours after it’s shock release.

Of course many wondered what former member Zayn Malik must have been thinking and on Saturday the 22 year old finally broke his silence. ‘Proud of my boys the new single is sick,' Malik tweeted. ‘Big love. :) x’

Since Malik’s departure he and his former bandmates have had a few much publicised exchanges on social media. Back in may Malik and Louis Tomlinson enjoyed a bit of back and forth twitter drama involving producer Naughty Boy.

But relations between the band and Malik seemed to be looking better as of late when last week Liam Payne celebrated five years of 1D and didn't forget to thank Malik in his tweet.

More: Has Simon Cowell Hinted One Direction Could Be About To Take A Break Following Louis' Baby News?

‘Wowwwww 5 years 5 boys what an amazing journey I couldn't thank you all ever enough and thank you Louis Niall Harry and zayn for everything,’ Payne wrote. Malik later responded to the acknowledgement on Twitter writing, ‘@Real_Liam_Payne thanks bro ! x’.

Last week Malik officially announced the beginning of his solo career when he inked a deal with RCA Records. ‘I guess I never explained why I left,’ Malik tweeted. ‘It was for this moment to be given the opportunity to show you who I really am! #RealMusic #RCA.’ Now we just have to wait for Zayn to unexpectedly drop his first single.