Labelle Was Robbed Of Diamond Earrings 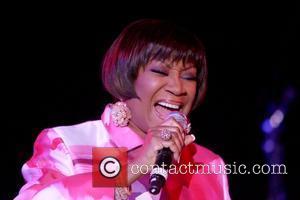 Singing legend Patti Labelle was robbed of a pair of diamond earrings Oprah Winfrey gave her as a gift.
LaBelle was a guest of honour at Winfrey's 2006 Legend's Ball, a three-day celebration recognising great African-American women.
The daytime TV queen presented each of the honorees a pair of costly earrings - but LaBelle's jewels never made it back to her home in Philadelphia, Pennsylvania.
She says, "Oprah gave us all big diamonds, but somebody stole mine. I was robbed.
"It wasn't at the airport. I don't know where it was, but those earrings are gone."
But the star insists she isn't mourning the loss - because she has so many possessions, she's doing away with some of her clothes and jewellery.
She adds, "But it's okay. I have too much stuff. We're in a depression, and I'm selling some of my stuff."