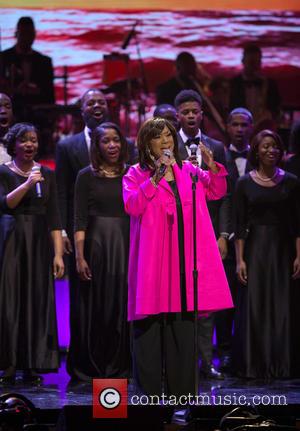 Picture: Patti LaBelle - A host of stars performed and accepted awards at the 2015 Black Entertainment Television (BET) Honors which were held at the Warner...

Soul legend Patti Labelle is set to show off her fancy footwork alongside LMFAO's Redfoo and actress Rumer Willis as contestants on the upcoming season of America's Dancing With The Stars.

At 14, Shields will be the youngest-ever competitor on the programme.

During the big line-up reveal on U.S. breakfast show Good Morning America on Tuesday (24Feb15), cancer survivor Somers says, "This is my opportunity to see if all the hormones and vitamins I've been taking all these years really pay off, so we'll see!"

And Willis, the eldest daughter of Demi Moore and Bruce Willis, reveals her famous parents will be cheering her on all the way, adding, "They're really excited."