Yet another bonkers thriller starring Nicolas Cage, this trashy crime comedy comes from director Paul Schrader, who wrote classics like Taxi Driver before turning director with American Gigolo. This movie has a kitsch tone as it spirals through a violently absurd story with a bunch of idiots who shoot first and then realise they can't ask any questions now. There are some intriguing issues gurgling under the surface, although they're kind of swamped by the mayhem.

It's set in Cleveland, where Troy (Cage) has just been released from prison and rejoins his buddies Mad Dog and Diesel (Willem Dafoe and Christopher Matthew Cook). Unable to get real jobs because they're ex-cons, they have no choice but to turn back to crime to make a living. So they contact mob boss El Greco (Schrader himself) for some freelance work. Their first job is ruthlessly convincing a gangsta-rapper (Omar J. Dorsey) to give them his drugs and cash. And then they move on to an even bigger target, the Latino kingpin Chepe (Reynaldo Gallegos). To get to him, they decide to kidnap the infant child of Brennan (Louis Perez), who is heavily in Chepe's debt. The problem is that Troy, Mad Dog and Diesel have no clue what they're doing, so the plan spirals out of control immediately.

The film looks almost swampy with its deep shadows and lurid colours, complete with visual flourishes that include wacky visual effects and clips shot in murky black and white. In other words, it's all very cool and nasty, with violence that's both unexpected and very grisly. People die horribly in almost every scene, but this seems to be rather run-of-the-mill for both the cops and criminals in this strata of society. No one has even a hint of a moral compass here; their goal is just to grab whatever they can. Cage gives another of his enjoyably deranged performances as Troy, bouncing hilariously off of Dafoe and Cook's carelessly murderous goons.

Dying Of The Light - Trailer

Trapped in a terrorist prison and tortured, Evan Lake (Nicholas Cage) is eventually free and makes his way back to the United States and the CIA where he works. Becoming a hero for surviving and not revealing any secrets throughout his imprisonment, Lake's protégé, Milton Schultz, (Anton Yelchin) discovers that the man who held him hostage - the villainous terrorist Banir (Alexander Karim) - is alive and still active. After announcing to his supervisors the revelation, it is discovered that Lake is beginning to suffer from dementia and is faced with early retirement. But unable to leave a job undone, Lake and Schultz take it upon themselves to bring Banir to justice; fuelled by both the intent for justice and revenge.

Continue: Dying Of The Light - Trailer

The previously sympathetic director is fed up with Lohan's unreliability.

It seems that Lindsay Lohan is continuing her erratic behavior, to the point where she has now peeved off even her previously sympathetic Canyons director Paul Shrader. The director, who previously excused Lohan’s absence from the Venice Film Festival, calling her a “talented, but unpredictable star,” has now spoken out against her for not taking part in the film’s promotion as well. Yesterday (September 25th) the director took to to official Canyons Facebook page, to post the following criticism: “I am mystified and disappointed by LL's refusal to support The Canyons. She is a producer of the film, a 25% owner. She has received wonderful reviews (among the negative) for her performance. I hired her when no one else would. She fought to keep the role when I wanted to fire her for unreliability. She has no other films in the can…”

Continue reading: Paul Shrader Gives Lindsay Lohan A Slap On The Wrist For Her Absense From 'The Canyons' Promotion

After being on the receiving end of an earful of abuse from 'The Canyons' director Paul Schrader, Lindsay Lohan has explained that she didn't show up at the Venice Film Festival because of health concerns

Lindsay Lohan claims her absence from the Venice Film Festival had nothing to do with being a diva or just being a general pest towards her co-workers, but actually was because of concerns over her health.

Lindsay with co-star James Deen in The Canyons

The actress admitted in a statement posted to her official website that her "focus is on [her] health and well-being" only at the moment, and she decided to hold on to a promise she made to TV guru Oprah Winfrey not to leave the USA whilst she recovers from her wild past, which included missing out on the Venice Film Festival to promote her new film, The Canyons. Continue reading: Does 'The Canyons' Live Up To Its Trailer's Glamour & Hype? A Reviews Summary [Trailer]

Continue reading: Why Lindsay Lohan's 'The Canyons' Is A Complete Success

By Paul Brenner
Good
In 1974, the advertisements for Sidney Pollack's Americanized Japanese gangster movie The Yakuza stated, "A man doesn't forget. A man pays his debts." Well, not in today's economy. But in 1974 paying debts meant something else. It meant honor and obligation and a code of duty among hired killers and thugs. The Japanese yakuza action movie was a staple of Japanese cinema in the 1970s, the films packed with high energy, low budgets, and gratuitous violence. Pollack's westernized version of the genre tamps down the action and examines the yakuza film like an English literature grad student, looking for subtext as characters engage in slow and ponderous dialogues about honor and duty before they erupt and pull out swords and shotguns and turn rooms into abattoirs. Neither a Japanese nor an American action film nor really a philosophical discourse over tea and sushi, The Yakuza doesn't know what it wants to be.

Robert Mitchum plays Harry Kilmer, a retired detective, called back into service by old World War II army pal George Tanner (Brian Keith), who asks for his help in rescuing his daughter, who is being held in Japan by the yakuza. Tanner knows Kilmer is owed a debt of honor by ex-yakuza member Tanaka Ken (Ken Takakura, the big Japanese star of all those '70s yakuza films) and convinces him to travel back to Japan to see if Ken will honor his obligation to Kilmer by infiltrating the yakuza gang holding his daughter and bringing her back home (significantly, the daughter is no more than a unconscious blip on the radar in The Yakuza). Once there, events spin out of control, and Kilmer and Ken become embroiled in ritual obligations and mayhem.

By Christopher Null
OK
One macabre "love story." In Forever Mine, a darling Gretchen Mol meets cabana boy Joseph Fiennes while on holiday with her NYC politico husband Ray Liotta. Naturally she falls for the lad, and as we know how jealous Ray can get, he has the guy killed. Or so he thinks... 14 years later, Fiennes returns, reinventing himself as some kind of lawyer/drug lord, to exact his revenge. 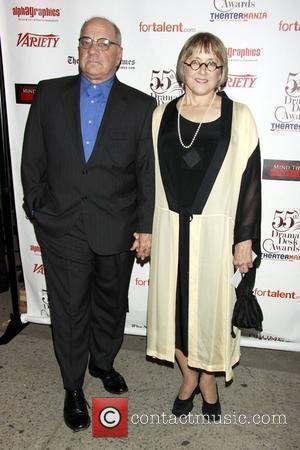 Schrader: 'I Lied To Fbi About Hinckley'