Pharrell Williams' mega hit 'Happy' has found itself at the top of a new chart for music fans called the People's Pop Chart 2014. 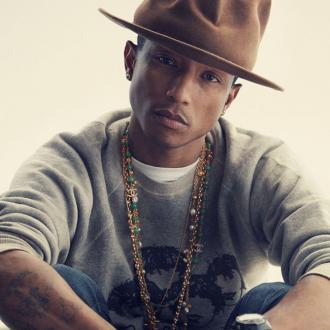 While the former N.E.R.D. frontman was at the top of the list, British band Clean Bandit and 'Hold My Hand' hitmaker Jess Glynne's song 'Rather Be' was the preferred tune from the UK.

Within the top 10, other British tracks included Ella Henderson's 'Ghost', Sam Smith's 'Stay With Me' and Ed Sheeran's 'Sing', while other hits which also feature in the list include OneRepublic's 'Counting Stars', John Legend's 'All Of Me', Katy Perry's 'Roar', 'Magic!'s 'Rude' and Avicii's 'Hey Brother'.

Speaking about the chart, PPL's director of performer affairs, Keith Harris, said he is ''thrilled'' to see the recognition and passion for British music is on the rise.

He commented: ''British pop music and artists are certainly on a high at the moment internationally, and it's great to see that, here at home, three out of the top five most played artists are also from British acts. It feels good to know that British performers, from the biggest to the smallest are being supported by the licenses that broadcasters and businesses buy.''