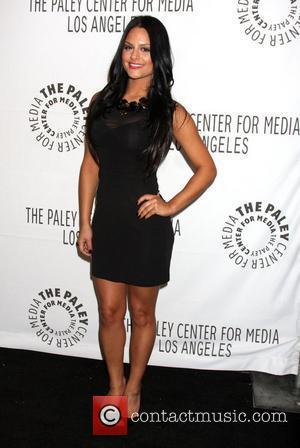 Pia Toscano's shock exit from American Idol should be blamed on the judges, according to the Wall Street Journal. 22-year-old Pia Toscano was kicked off the reality show last night despite being considered the favourite to win the competition. The decision sparked thousands of angry messages on social networking sites, with some fans vowing never to watch the show again.
Audiences were in disbelief as Pia Toscano was told she had received the lowest amount of viewer votes and therefore had to leave the competition. The judges looked furious as the New Yorker sang her 'final song', but the Wall Street Journal writer Stephanie Krikorian suggests that judges Jennifer Lopez, Randy Jackson and Steven Tyler were part of the problem, saying, "They have been sugar-coating all of their comments lately, but last night they gave Pia the mildest of criticism. Maybe it was enough to shift the vote, because those were the only negative words of the night". Toscano sang Tina Turner's hit song 'River Deep, Mountain High' on Tuesday's show and was assumed to be safe from elimination after a solid performance.
Speculation that Pia Toscano will soon sign a major record deal has already begun to intensify. Her early performances on American Idol drew comparisons to Mariah Carey and CELINE DION.