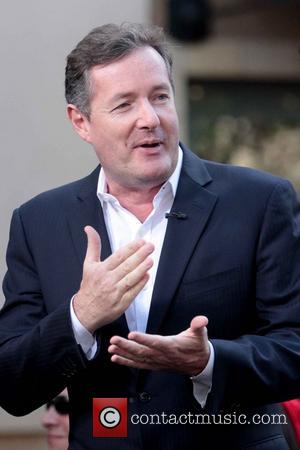 An interview clip featuring Piers Morgan telling Charlotte Church about the possibilities of phone hacking in the media in 2003 is set to be aired on Channel 4 in a new documentary.

The former editor of tabloids The Sun, Daily Mirror and the now defunct News of the World has repeatedly denied having any knowledge that phone hacking went on since it emerged that the Rupert Murdoch owned newspapers had journalists using illegal techniques to listen to voicemails on celebrities' phones and even those of victims of crime. In fact, at the Leveson inquiry, he swore under oath several times that he 'had no reason or knowledge to believe it was going on'. In spite of this, footage has emerged of the controversial TV personality discussing the practise with the then 17-year-old popstar Charlotte Church in 2003. 'When [mobile phones] first came out journalists found out that if a celebrity hadn't changed their pin code. You can access their voicemails by typing in a number', he said. 'Now, are you really telling me that journalists aren't going to do that? If they know that they can ring up Charlotte Church's mobile phone, listen to all her messages?'

The discussion took place in an interview after she was invited to address the Oxford Union during which she campaigned for a privacy law for celebrities under 18 years of age. It will soon be broadcast on the Channel 4 documentary 'Taking on the Tabloids' which will feature Hugh Grant who has been in a string of legal battles with the tabloids following the phone hacking scandal.