And it looks like the respected studio have done it again...

Naughty Dog put time, care and attention into their work. The Last of Us was a forensically crafted, deep title with time spent on characterization never before seen in videogames. It was, by all accounts – including ours – a masterpiece. Now the journey is extended with Left Behind: the first and only piece of DLC for Joel and Ellie’s adventure. Riley and Ellie in The Last of Us' Left Behind DLC out today: Feb 14

At the heart of The Last of Us’ charm lay a vested interest in extracurricular foraging. Using a shiv to open a door to an otherwise inaccessible room offered up great reward, and extra tidbits of story would be relayed in places off the beaten track. For IGN’s Colin Moriarty, this is one of the aspects that carried over well to Left Behind, which features Ellie’s story before she met Joel.

Continue reading: Naughty Dog Give Us More 'The Last Of Us' With 'Left Behind' DLC - Critical Roundup

What Can We Expect From Sony's PlayStation 4?

In the ever advancing entertainment market of recent history, three huge gaming giants are fighting to be top dog in terms of both sales and gameplay; they are Sony with the PlayStation, Nintendo Co., and Microsoft with the Xbox. Most recently, Sony have been scratching their heads at developing their latest console, PlayStation 4, following the somewhat tragic sales of PlayStation 3 after only 63.9 million were sold worldwide compared with 102.4 million for the original PS and a massive 155 million for the PS2.

So, what have they done to ensure record-breaking sales this time round? Well, it seems that cost has become the main concern given that the PS3 was on the shelf for a whopping £405 ($640) in 2006; admittedly a LOT more than its predecessors and its biggest rival at the time, the Nintendo Wii. Weighing up the figures, Sony have decided that they will release their new console for a fraction of that price at around £270 ($430). That buys you some pretty nifty new features such as high-performance graphics chips for an even further improved gaming experience, a touchpad controller and access to social networking sites like Facebook and Twitter so that people can share and play together. On the other hand, if you live in the UK you mustn't forget about VAT which adds an extra 20% on to that price taking it up to as much as £325. But don't worry, you've got plenty of time to save up as it won't be hitting the shelf over here until 2014! Japan and America get first dibs on the revolutionary priced console and, with it set to be first announced at a New York press conference on February 20th 2013, it looks like Christmas will be a super busy period for Sony.

Continue reading: What Can We Expect From Sony's PlayStation 4?

By Contactmusic.com in Music Reviews on 29 October 2012 By Contactmusic.com in Music Reviews on 29 October 2012 The king of survival horror video games has always been a job share between the Resident Evil franchise and Silent Hill. As the former has undergone a genre shift into more of an action focused affair, the latter has been left as the one true choice for gamers that like to be genuinely scared. However many gamers have been left wanting some genuine scares as the franchise has arguably lost its touch. Is Downpour a return to form or is it an unintentionally ironic reference to the series' quality?

Silent Hill 2 is generally held up as the holy grail of the survival horror genre and is often referred to as one of the major pieces of evidence in the "videogames are a valid art form" argument. Now 10 years after its release, it has been polished and packaged in a new HD package with its PS2 sequel Silent Hill 3 (apparently Silent Hill 4:The Room didn't cut the mustard). So have these two survival horror gems aged well?

By Sam Chapman in Music Reviews on 23 February 2012

Very few games have been able to successfully call themselves stealth titles. Sure most releases these days such as Batman: Arkham City and Deus Ex: Human Revolution have stealth elements in them but none could honestly be called a true stealth game. In fact, apart from the Thief series, the genre has been dominated by the Metal Gear series.and there is a reason for that; superb gameplay, intuitive controls, a fascinating (if slightly convoluted) storyline and graphics are usually the pioneers of their time. And if you need proof of that, then look no further than this release which is three fabulous games from the franchise's 25 year history. The three games are Metal Gear Solid 2: Sons of Liberty from 2001, Metal Gear Solid 3: Snake Eater from 2004 and 2010's handheld time vortex Metal Gear Solid: Peace Walker.

Back in the 90s, a little video game emerged that took the world by storm. This was a time when 3D graphics were relatively new and stories in games were little more than "save the princess, shoot the thing". Tomb Raider was a groundbreaking action adventure that launched the world's first digital cultural icon. 15 years later and we have seen Lara Croft in 8 further instalments, 4 spinoffs, 2 blockbusters movies and one reboot.

Until recently it has been the case that successful sports games are effectively a license to print money. Releasing new editions of a great game on a yearly basis, often with little more than an updated team list and a few cosmetic changes, yet charging full price has not been uncommon practice for publishers in the past. However, these days gamers have wised up and are demanding more, no longer content with buying the same game as last year but with different packaging. For this reason NHL 12, the latest in EA's long running ice hockey simulator par excellence, boasts improved defensive AI, a 'full contact physics engine' and a whole new 'Be a Legend' mode to improve upon last year's already universally adored version of Canada's national sport. The question is then, is this enough to justify shelling out full price for?

When Ben 10 came to Cartoon Network in 2005, it won over kids instantly. So when Ben 10: Alien Force came out as a game, it instantly found itself on kid's Christmas lists nationwide. Ben 10 returns to the game market this year, with its own take on Mario Kart, Ben 10: Galactic Racing, out 11th October. 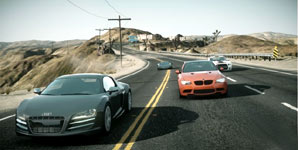 Need for Speed: The Run, Preview 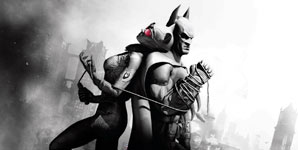 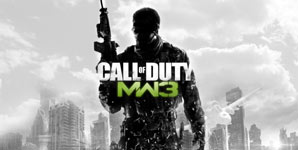