Rachel McAdams Linked to 'True Detective' Season 2 - Should We Be Worried?

The casting process for 'True Detective' season 2 has been long and drawn out - but will it affect the quality of the new season?

Rachel McAdams, the American actress best known for The Notebook, Midnight in Paris and Sherlock Holmes, is being lined up to play the female lead in True Detective 2, reports suggest. The actress, 35, is understood to be in talks to play the no-nonsense Californian sheriff - the role that Elisabeth Moss was rumored to have landed. According to Variety, the Mad Men actress is still in contention for the part, though it may be that McAdams is edging ahead. As we already knew, Colin Farrell, Vince Vaughn and Taylor Kitsch are also still in discussions for roles, though with production scheduled to get underway this month - is it time to start assuming the casting process is not running smoothly?

The casting rumors for season 2 began almost immediately after the conclusion of the critically acclaimed first season, starring Matthew McConaughey and Woody Harrelson. A stunning performance from McConaughey in particular confirmed the growing consensus that television was now the primary outlet for high quality, scripted drama and the likes of Brad Pitt, Ed Norton and Jessica Chastain were rumored to be interested. Justin Lin is in talks in direct a handful of 'True Detective' episodes [Getty/Frederick M. Brown]

Creator Nic Pizzolatto, who will pen the new season, played down those names though it didn't stop fans speculating as to the new pairing for season 2. Then, things took a turn when HBO released the synopsis for the new instalment, confirming speculation that it will follow three separate leads, plus one chief antagonist. It will follow the investigation into the bloody murder of a corrupt city businessman found dead the night before a major transportation deal.

More: someone made a Pixar style clip of 'True Detective'

Farrell, Kitsch, Moss and Vaughn were immediately linked to the project - probably a leak from someone privy to the casting - and that seemed that. Only, HBO are yet to be confirm any of the cast-members and the speculation of McAdams taking the role of Moss is a concern. The actress is almost certainly up to the task, though it's the delay in finding the correct female lead so late in proceedings that is the real worry.

It's also been reported that Justin Lin is in talks to direct a handful of episodes for the new season.

More: things to get 'Fast & Furious' for 'True Detective' season 2

Rachel Mcadams Involved In Car Chase During Police Ride Along 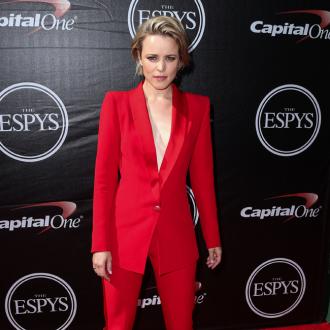