Rihanna has reportedly been approached for a cameo in the upcoming Bond film and is said to be ''really excited'' about the prospect. 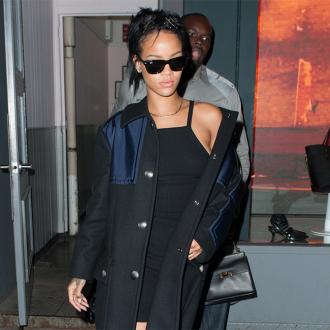 Rihanna is reportedly making a cameo in the new Bond film.

The 'We Found Love' hitmaker is believed to have been approached by the film's producers and is ''really excited'' to appear on the big screen.

A source told the Sunday Mirror newspaper: ''Rihanna is a big fan of the Bond films and has always loved the idea of appearing in one.

''She didn't even need to think about it, she knows she wants to do it. She's really excited.''

The pop star will certainly have got Daniel Craig's seal of approval after he previously said Rihanna would be his dream Bond girl.

The 46-year-old actor - who has played James Bond since 2006's 'Casino Royale' - admitted he chose the beauty over Beyonce, because Rihanna is ''dirtier''.

His comment prompted the 26-year-old to say: ''This makes me happy''.

Rihanna is not a new face to acting, after starring in 2012 sci-fi film 'Battleship'. She is also due to lend her vocal talents to an animation by Dreamworks titled 'Home'.

Filming for the new Bond film, which is codenamed 'Bond 24', is expected to start later this year with director Sam Mendes at the helm.

The film is due for release in November 2015.