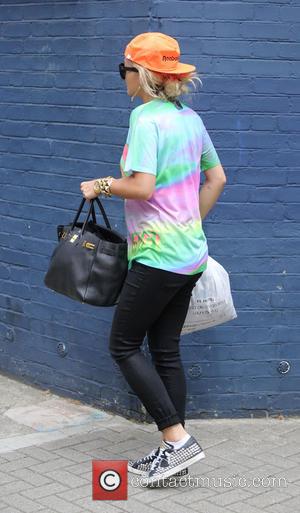 Stars who took to the stage during Britain's Glastonbury Festival, including Rita Ora, Kenny Rogers and Seasick Steve, have donated a pair of their shoes to raise funds for charity.

The singers, alongside British rapper Professor Green, handed over their footwear to representatives from the Small Steps Project who set up a stall at the event to collect shoes for the organisation's annual auction.

Ora autographed a pair of blue waterproof boots she used during the festival, while blues musician Seasick Steve donated the shoes he wore during his career-changing performance on Jools Holland's U.K. Tv show Jools' Annual Hootenanny in 2006.

Country star Rogers handed over a pair of signed cowboy boots to the charity, which aims to deliver shoes, aid and medical care to children surviving on rubbish dumps all over the world.