Rita Ora has confessed she is in awe of Taylor Swift and labelled the 25-year-old singer ''incredible''. 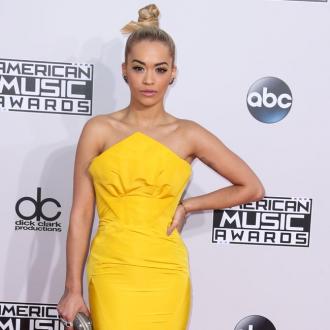 The 'How We Do' hitmaker thinks the 25-year-old singer is ''incredible'' and loves everything that she ''stands for''.

Speaking to website Noisey, she said: ''I think she's one of the most incredible songwriters of our generation. I'm not even just saying it. I absolutely adore her music and love what she stands for.''

Although Taylor is now dating Rita's ex Calvin Harris, the blonde beauty believes it's important to respect and admire other women in music industry regardless.

She added she learnt a valuable lesson not to ''step on people's toes'' from her mother, Vera,

Rita - who is getting ready to release her next album - revealed: ''You pay respect to people who deserve it - Beyoncé and Madonna. When Madonna was going through it on this last record, I was one of the first people to post my support on Instagram. Don't battle her because of her age. I'm a girl's girl, I support women and it comes back to you. I'd love that support. There's a fine line between believing in yourself and being a f***ing arsehole.

''I don't step on people's toes ... I learned this from my mum: pay respect to people, be appreciative and believe in yourself because nobody else will until you do it first.''