Rob Kardashian is ''doing terrific'' as he continues to work hard to lose weight, says his mother Kris Jenner. 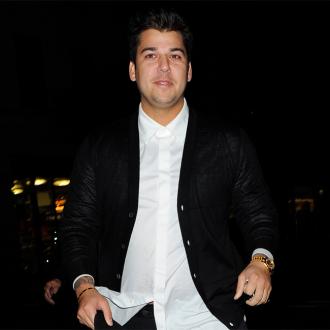 Rob Kardashian is ''doing terrific'', according to his mother Kris Jenner.

The youngest of the Kardashian clan, who has stepped out of the spotlight over the last year due to an ongoing weight gain battle, is getting back on track with exercise and healthy eating habits.

The 'Keeping Up with the Kardashians' star has largely remained out of the spotlight - even missing sister Kim Kardashian's wedding to Kanye West last year - due to his weight issues.

But Rob, 28, has been more active on social media lately, talking about his daily workouts, including hikes with Kim, 34.

Earlier this week, Rob -- who previously dated singer Rita Ora -- shared an old picture of himself slurping a milkshake, suggesting his weight gain is due in part to indulging in the calorific beverage.

He captioned the snap: ''Started right here with these milkshakes hahaha (sic)''

Sister Khloe has also been a source of support to Rob as he continues to shed the pound, and she recently revealed he's currently living with her.

The 31-year-old beauty said: ''Rob lives with me now and I wouldn't have it any other way. I love having him with me.

''He's going through a hard time now and it's behind gates. With this crazy lifestyle you have to think of places where you can still have your freedom.''