Marvin and Rochelle Humes' daughter Alaia-Mai is destined for stardom because of her famous parents, according to the JLS singer's bandmate J.B. Gill. 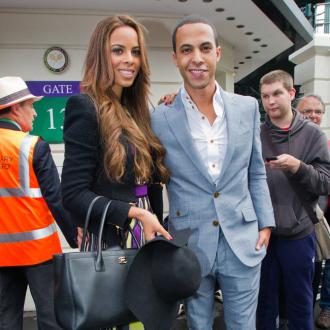 Marvin and Rochelle Humes' daughter is destined for stardom, according to J.B. Gill.

The couple welcomed Alaia-Mai into the world on May 20 and despite only being a few weeks old, Marvin's JLS bandmate predicts a big future for the little one because of her famous parents.

Speaking at the AllStarz Summer Party concert at the Madejski Stadium in Reading, England, on Saturday (01.06.13), J.B. said: ''She's in the best position to get into the music industry.

''She's got two parents who have been in the music industry plus three uncles and four aunts in the business. She can't lose.''

JLS - also comprised of Aston Merrygold and Oritsé Williams - performed at the music event along with a host of other pop acts including Jessie J, Lawson and Amelia Lily among others.

Since Alaia-Mai was born, Marvin, 28, has been in awe of how ''amazing'' his baby is and finds it hard to be away from her.

He said: ''Alaia-Mai is amazing. It's hard to tear myself away because she's so new and so lovely.''

The singer has already been nominated as Celebrity Dad of the Year and can't believe he is shortlisted for the award after being a father for such a short amount of time.

Speaking after he found out, Marvin admitted: ''It's kind of crazy I'm in the shortlist which is madness considering she's only 10 days old.''

Despite ''non-stop'' baby duties at home, the couple are over the moon with parenthood and overwhelmed with love for their little one.

Marvin added to British radio station Capital FM: ''It's just been non-stop. Nappies, bottle feeding, you know sterilising and all of that crazy stuff.

''It's just amazing, it's so lovely. She's incredible, we're so happy. As soon as she arrived, it's crazy how you can fall in love with someone like that. It's incredible, she's beautiful.''