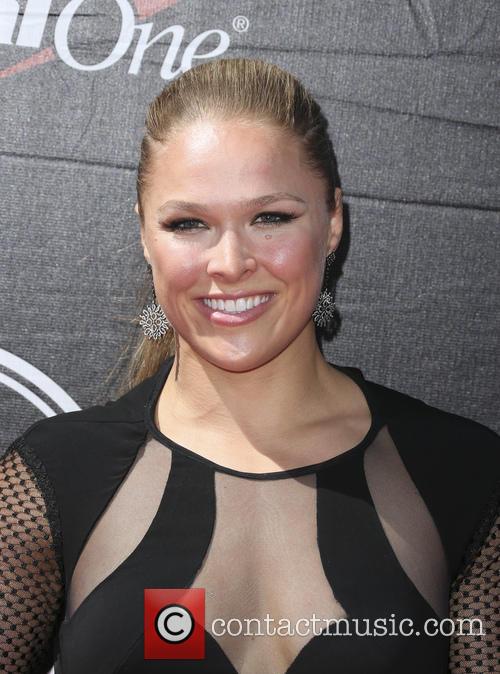 But when asked if anyone had dared say anything to her later Rousey gave a resounding, “Oh, hell no.” “The campaign ended up being amazing, even though I was heavier just to make a point,” Rousey added, declining to say what the advert was for.

“I swear to God. If anyone calls me fat one more time in my life, I’m going to kill them,” she added. Since become famous through beating opponents in the Octagon in a matter of seconds, Rousey has also forged a career in Hollywood, appearing in films such as Expendables 3 and Furious 7.

But with an even bigger Hollywood spotlight on her now, Rousey is all to aware of the body image issues facing women. “If I can represent that body type of women that isn’t represented so much in media, then I’d be happy to do that,” Rousey said.

“When women say that going on publications directed at men is somehow demeaning, I don’t think that’s true. I think that’s one really effective way to change the societal standard women are held to.”

Speaking about her weight, the 5 foot 7 inch fighter says she fights at 135 pounds and currently weighs 153 pounds, however the weight she feels best at is around 148. “That’s like my favourite weight,” Rousey added.

The 28 year also talked about the current climate for women, saying that some are celebrated more than ever for their achievements but others who have no ‘skills’ are still glorified.

“We seem to be in this conflicting era for women, where women are doing so amazingly and taking over the athletic world, but we’re also in a time where — — How can I really put it? That women without any skills that freeload are being glorified."

"That’s something I was raised not to be. That you’re supposed to contribute to the world, not consume from it.” Next for Rousey is a film adaptation of her autobiography My Fight Your Fight, which she will also star in, as well as taking the lead in the upcoming remake of Roundhouse.