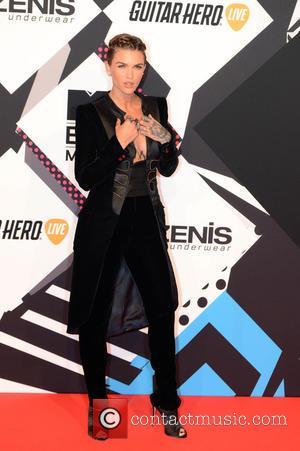 The Orange is the New Black star arrived at the event in Milan, Italy limping and clinging to a cane, revealing she was nursing an injury from the set of Resident Evil: The Final Chapter, which she has been shooting in South Africa.

She said, "I just got off of shooting an action film, hence the cane because I've torn my leg. I just tore my calf muscle five times, no big deal."

The tough girl wasn't about the cry off the chance to host the MTV EMAs with Ed Sheeran: "I don't regret that (filming injury). It adds to the character."