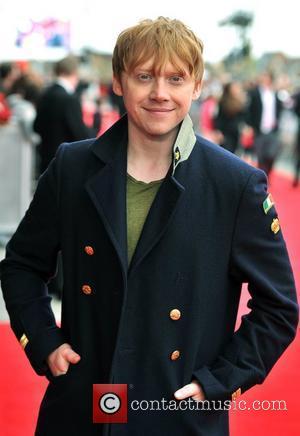 It's been eleven years since the Harry Potter film franchise first enchanted audiences across to globe and now the studio doors have been opened to the general public. Wannabe witches and wizards flocked to the studios in Leavesden, Hertfordshire, where all eight of the films were made to see stars of the franchise including Rupert Grint, Tom Felton and Bonnie Wright. Absent from the party however were Harry and Hermione themselves, stars DANIEL RADCLIFF and Emma Watson.
However in the absence of Emma Watson Evanna Lynch was there to claim the limelight in a revealing number, making sure all the attention was placed firmly on her. Lynch has since mentioned her desire to portray pop princes Britney Spears in a biopic of the star, should one be produced in the near future. Other stars at the premier opening included actor Warwick Davis and husband and wife duo Eamonn Holmes and Ruth Langsford.
The tour itself hosts the some of the most recognisable props of the franchise such as Dumbledore's office, Diagon Alley, the Ministry of Magic, 4 Privet Drive, Gryffindor common room and the Weasley kitchen. Rupert Grint, who plays Potter's sidekick Ron Weasley in the films has described the tour as being "detailed" and "emotional." He told reporters at the opening that
"Every set, every prop has got some kind of memory over ten years, and it's great that we can share that with everyone."