Grint will star alongside Dougray Scott and Ed Westwick in a 10-part TV series for Sony's streaming platform Crackle.

Scottish actor Dougray Scott and ‘Gossip Girl’s Ed Westwick are also set to play prominent roles in the forthcoming series, which is set to be available on Sony’s streaming network Crackle from early 2017.

27 year old Grint, who played Ron Weasley in all eight Harry Potter movies based on JK Rowling’s books, will play a “frustratingly chaotic” character named Charlie Cavendish, according to a press release. He's also set to take on an executive producer's role. Rupert Grint is to star in, and executive produce, the new TV adaptation of 'Snatch'

The new series will “carry the spirit of the setting in the original feature film, while creating a new world born from the original movie,” Crackle added in their statement, according to Deadline. The series is due to begin filming in Manchester next week.

Snatch was a significant box office hit in 2000 for Guy Ritchie, who had directed Lock, Stock & Two Smoking Barrels in the ‘90s and conceived of it as a thematic follow-up of sorts. Its story was based on something that happened in real life, where a group of men accidentally discovered a truckload of stolen gold bullion and became entangled in London’s underground crime scene.

It starred Jason Statham and Vinnie Jones (who also appeared in Lock, Stock…) and big Hollywood names such as Benicio Del Toro and Brad Pitt – the latter of whom famously agreed to appear in it for free having seen the script.

Meanwhile, Grint was recently in the headlines after he failed in an appeal to win a £1 million tax rebate from HRMC, following confusion over accounting dates.

Since the last Harry Potter film in 2011, he has focussed primarily on a stage career, recently starring alongside Matthew Broderick and Nathan Lane in Broadway show ‘It’s Only a Play’.

More: Rupert Grint did not enjoy his ‘Harry Potter’ kiss with Emma Watson 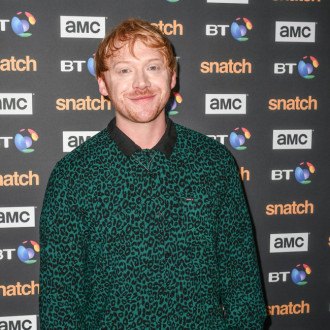