Valerian And The City Of A Thousand Planets - Trailer and Featuette

Valerian (Dane DeHaan) and Laureline (Cara Delevingne) are partners. Skilled government agents whose job it is to protect the human race and uphold the law on an intergalactic basis, they defy orders to seperate when they are sent by their commander Arün Filitt (Clive Owen) to visit a utopian city named Alpha. Housing 17 million residents of every alien species in the known universe, it's a sprawling metropolis where creatures of all races share their varied knowledge and their skills and help each other in creating the most technologically advanced and peaceful place in existence. However, the fact that Valerian and Laureline are on their way there means that something evil is afoot; somebody wants to destroy the cross-cultural harmony and threaten the safety of all races not just in Alpha, but in every corner of the universe.

Continue: Valerian And The City Of A Thousand Planets - Trailer and Featuette 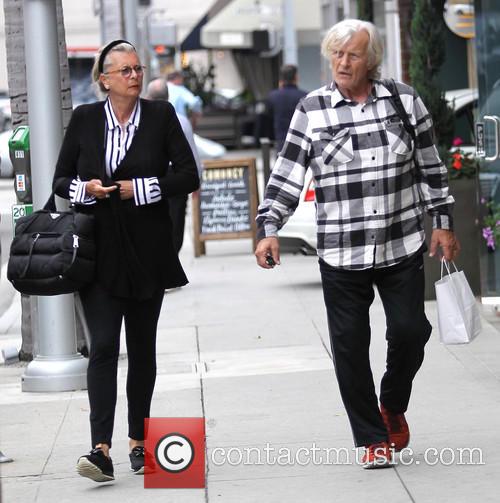 Hobo With A Shotgun Trailer

An unnamed hobo arrives at Hope Town (known to the residents as Scum Town), looking to start a new chapter in his life by setting up a lawn mowing business. But in order to do that, he needs the money and is forced into do humiliating acts to raise the money.

Continue: Hobo With A Shotgun Trailer

Say what you will about using lame source material, Scorcher is laughably bad in its own right. As with Core, our meddling has caused some kind of tectonic trouble, and if the gap between two plates opens wider than 44 centimeters (yeah, whatever), then we will literally have "hell on earth" as earthquakes and volcanoes sprout up all over the planet. Uh huh. And so our hero geologists (including John Rhys-Davies, whoa nelly!), under the direction of President Rutger Hauer(!!!), are tasked with finding a solution. Naturally, that involves setting off a nuclear bomb somewhere. In the case of Scorcher, it means detonating the nuke in central Los Angeles. Sounds like an improvement to me, but whatever, after quietly evacuating the tens of millions of people who live there, a wrench involving our military co-hero (Mark Dacascos) and a kidnapped daughter gets thrown at us, not to mention crossed signals between the military dudes tasked with getting the nukes set just so. Hobo With A Shotgun Trailer

An unnamed hobo arrives at Hope Town (known to the residents as Scum Town), looking...