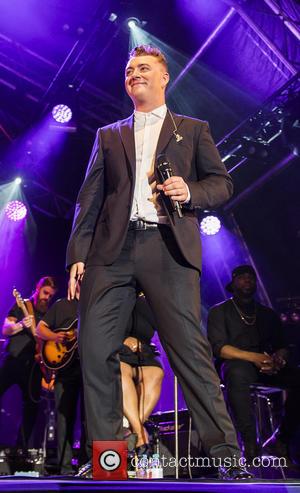 British soul sensation Sam Smith was left stunned by reports suggesting he is the frontrunner to record the theme tune for the next James Bond movie, insisting it's "all news to me".

Sources told multiple news outlets that the Stay With Me hitmaker was in talks to team up with 007 producers to croon the lead song for Daniel Craig's latest outing as the suave superspy, following in the footsteps of artists like Adele, Madonna, Tom Jones and Dame Shirley Bassey.

Smith claims he has no knowledge of the negotiations, but he'd love to tackle a Bond theme if given the chance.

He tells NME.com, "No, I have no idea what that (report) was about and I know as much as you do. You probably know more than me; I didn't even read the article.

"I think it's something everyone would love to do, but yeah, it was all news to me. I won't say any more on it."

Smith admits he is a big fan of Jack White and Alicia Keys' Bond theme, Another Way To Die, which was crafted for 2008's Quantum of Solace.

He says, "I love that; I thought it was amazing. Her voice and his voice together, I thought, was really interesting."

The next Bond film is due for release next year (15).