The 44-year-old actor appeared in The Goonies as Mikey Walsh when he was just 14 years old. Astin, despite his high profile roles in such films as The Lord of the Rings, hasn’t been able to escape the film. During a recent interview to promote his appearance at Wizard World (a Comic-Con) in Tulsa, Astin was asked about The Goonies sequel, as Tulsaworld.com reports.

“I have said and will always say, that it’s not a question of if, but rather of when the sequel gets made,”Astin told the website when asked if a sequel was happening.

However, Astin is uncertain when the sequel will be made or what it will look like.

“The precise makeup of it, I have no idea,” he said. “Whether I will be in it, no idea. Whether they would even want the original cast in it, no idea.”

“But it doesn’t matter. It’s bigger - it’s actually bigger than everybody,” Astin continued. “It’s bigger than even Steven (Spielberg), who created it. It’s bigger than Richard Donner, who breathed such strong life into it. It’s now a part of American cultural lore, and the studio has a lot to gain from promoting it, so you can take it to the bank that people will get to enjoy it more.”

Later in the interview, Astin also revealed how he had previously worked on an idea for the sequel with one of his Goonies co-stars, Corey Feldman. Astin claimed they had had “fun” coming up with the idea but that they had been “dismissed” when they pitched the idea to producers.

Shortly after Astin’s interview made it online, Astin reiterated his remarks on a Facebook post. He further explained how he knew there would be a sequel as he had discussed the possibility with Spielberg and Donner. However, he clarified that he had not had official confirmation about the film and was very much in the dark about the details.

‘I have always believed that there will be a Goonies Sequel, because Steven Spielberg told me in 1988 that he wanted to make one,’ Astin wrote. ‘Richard Donner has said that it is in the works. Warner Brothers is enjoying a very successful merchandising experience with the "title."’

‘If it gets made in my lifetime, I will root for it, whether I'm in it or not. If it gets made after I'm no longer here to be in it or to watch it, I still know in my heart, guts, wherever, the it will get made. The fact that I'm asked about it everywhere I go is amusing. The fact that people just make stuff up about it, also hilarious. Now, I have said all I am going to say on the subject until 5 minutes from now when another Goonies loving neighbor wants me to give them the inside scoop. Spoiler, no scoop.’

Read More: The Cast Of The Goonies: Where Are They Now?

I have always believed that there will be a Goonies Sequel, because Steven Spielberg told me in 1988 that he wanted to... 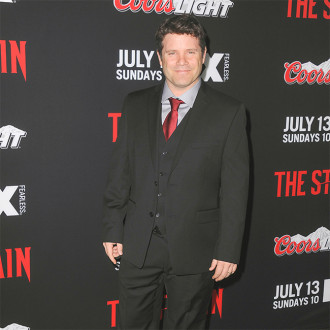 Sean Astin: Lord of the Rings defined my whole life