Intruder At The Home Of Selena Gomez Arrested

A 19 year-old male was arrested on Saturday (Jan 25th) after allegedly trespassing on the property of Selena Gomez...he wanted to see the 21 year-old in person. 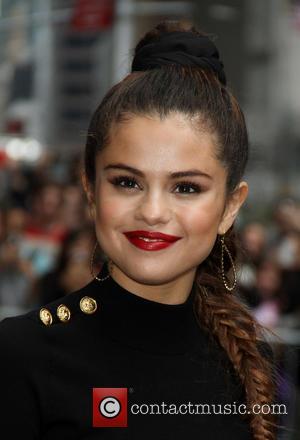 But unlike the 19 year-old pop megastar, Gomez wasn't the one sporting a pair of handcuffs, the LAPD arrested a man for allegedly trespassing on the 'Come & Get It' singer's property.

Local law enforcers were called out to the Fernando Valley's Tarzana area home on Saturday morning (Jan 25th) after one of Selena's family members spotted a young man creeping close to the house, the Associated Press reports.

It isn't yet clear if Gomez was in the property at the time but the man told the authorities that he was there to see her in person.

19 year-old Juan Daniel Garcia, of El Mirage, Ariz., is the accused and he was taken into police custody shortly after they arrived on the scene.

The young man doesn't appear to have a lawyer and a telephone number for him could not be found.

The 'Stars Dance' hit maker already has a three year restraining order on a man who threatened to kill her and travelled from Chicago, Illinois, to meet her. A judge granted the order back in 2011.

The 21 year-old singer will be thankful the perpetrator is now in police custody after a very distressing weekend.

Selena has had to watch her ex beau, Bieber, get arrested in Miami in the early hours of Thursday morning (Jan 23rd) after police spotted the 'Love Me' singer drag racing in a residential area.

Bieber was charged with resisting arrest without violence, drag racing, three charges of DUI and driving without a valid license. He was bailed for $2500.