Seth Rogen and Zac Efron could have something decent on their hands. 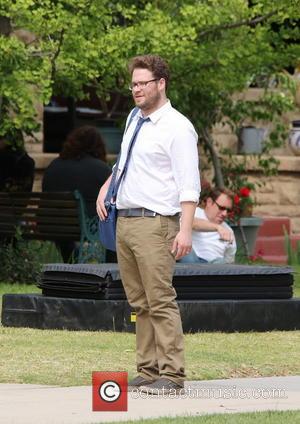 We've been waiting on this one for a while, and it looks as though Seth Rogen's latest movie Neighbors may be worth it. According to HitFix.com, Rogen, Evan Goldberg and Nicholas Stoller wanted to make a "stunningly dirty and wildly funny film" - and with Neighbors, they may well have succeeded.

Of course, when a fraternity run by a hard-partying teenager (Zac Efron) moves in next door - things get a little more difficult. At first, the couple - who appear to still consider themselves relatively hip - reach out to the frat guys, though it quickly becomes apparent that it's going to be all out war.

With a supporting cast that includes Jason Mantozoukas and Christopher Mintz-Plasse and appearances from Lisa Kudrow and Jake Johnson, it's certainly an impressive ensemble. The red-band trailer pretty much contains what you'd expect from a movie about a wild fraternity, though there's one particularly funny scene that's so ridiculous it'll make you ask, what just happened? It involves Seth Rogen's character, a stolen air-bag, his office chair, and his office's celing.

Neighbors hits theaters in the U.S. on May 9, 2013. It's likely to be one of those comedies that has tons of bonus footage in the credits sequence - let's just hope they put the real good stuff in the actual movie.

See all our pictures from the set of Townies. Zac Efron On The Set Of 'Neighbors' Seth Rogen On The Set of 'Neighbors'