The Oscar-winning actress will play a New York City socialite in the musical sitcom. 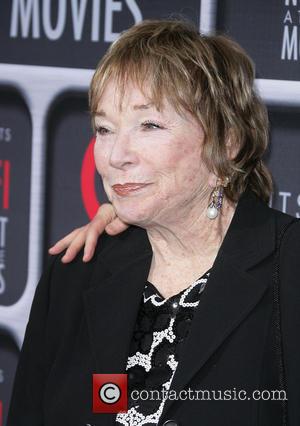 Shirley Maclaine is the latest star to join the cast of 'Glee'.

The 79 year-old is set to appear in several episodes of the musical sitcom, and will play a New York City socialite.

Her character's main endeavour is to transform Blaine (Darren Criss) into a star, according to TV Line.

MacLaine, who was awarded with a Best Actress Oscar for 'Terms of Endearment', is expected to make her 'Glee' debut later this month.

The elderly actress has most recently had a recurring role in the hugely popular drama 'Downton Abbey' as Martha Levinson, the mother to Cora (Elizabeth McGovern), who often bumped heads with the Dowager Countess (Maggie Smith).

Her other recent film roles include Ben Stiller's 'The Secret Life of Walter Mitty' as his mother Edna Mitty, 2011's 'Valentine's Day' and the black-comedy 'Bernie,' which starred Jack Black.

Shirley tweeted a photo of herself dancing with Darren Criss, presumably in their roles, with the caption reading: "Who says 80 is old?"

'Glee' has been going through a transitional period as of late, the series is now turning its focus onto the New York City cast of characters, rather than splitting its time with McKinley High.

It was only last week that the Fox series made the switch to New York permanently, and several of the show's stars who also made the move were Blaine, Sam (Chord Overstreet), Artie (Kevin McHale) and Mercedes (Amber Riley), joining Rachel (Lea Michele) Kurt (Chris Colfer) and Satana (Naya Rivera) who were already in NYC.

'Glee' also celebrated its 100th episode last month, and marked the occasion by throwing a party at Los Angeles' Chateau Marmont hotel with several of the show's stars, such as Lea Michele and Dianna Argon, attending.

Who says 80 is old? rel="nofollow" pic.twitter.com/QnrHQeF4UM

No More Plastic Surgery For Maclaine