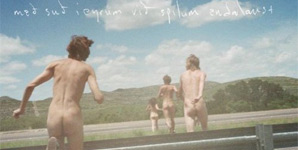 This, the third single taken from the album, is a perfect case-in-point. The rising major-key bass line, delicate falsetto, triumphant chorus melody, glorious fanfare trumpets and syncopated drumbeat all point to this being the best Coldplay song Chris Martin has never written. Its impossible to tell whether the lyrics are sung in Icelandic or in the mythical, nonsensical 'Hopelandic' that singer Jonsi Birgisson often reverts to (don't ask). Nevertheless, the album was well-received and so too shall this be. Expect to hear it on a BBC advert very soon.