Simon Cowell is holidaying with a bevy of beauties, including his ex-girlfriend Sinitta, on his £30 million yacht in the South of France. 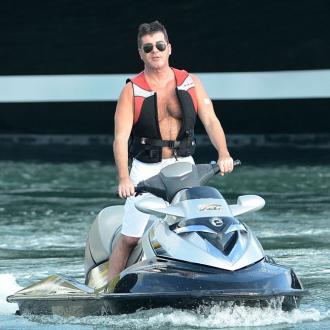 Simon Cowell is holidaying with a bevy of beauties aboard his £30 million yacht.

The music mogul - who is expecting his first child with New York socialite Lauren Silverman - has been joined in the South of France by ex-girlfriend Sinitta as well as blonde stunners Kelly Bergantz, who works for his Syco production company, and her sister, Jamie, despite initially planning a ''boys only'' vacation.

A source told the Daily Mirror newspaper: ''A holiday wouldn't be a holiday for him if he didn't have Sinitta there. She is his closest and oldest friend and just the sort of person he needs after the month of chaos he has just been involved in.

''She and Kelly can calm him down and help him return to shore focused.''

Two of Simon's other former flames, make-up girl Mezhgan Hussainy and TV presenter Terri Seymour, are also due to arrive on the yacht within the week.

The 53-year-old 'X Factor' boss may have been celebrating with his boat-based beauties after it emerged Lauren and her estranged husband Andrew - Simon's former friend - are due to reach an ''amicable'' divorce settlement soon.

However, it could cost Simon £10 million to prevent details of his romance with Lauren being aired in court.

He recently met property developer Andrew - who hasseven-year-old son, Adam, with Lauren - for talks at New York's Francis S. Gabreski Airport before he headed off to France.

A source told the Daily Star newspaper: ''Everyone is conscious there is a seven-year-old boy that is the priority here.

''They are trying to resolve this amicably. Andrew and Simon have been friends for six years so there is a lot of history there. They met in private because so much about this story has leaked out to the media.''

Lauren - who is said to be 12 weeks pregnant - has been married to Andrew for 10 years.