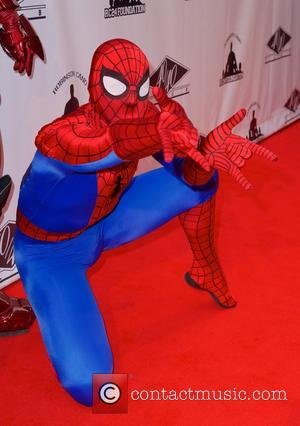 Spider-Man star Willem Dafoe has teamed up with ballet legend Mikhail Baryshnikov for a bizarre new play based on a Russian novella.

The actor will take to the stage with the dance star, who enjoyed a recurring role as Aleksandr Petrovsky in the Sex and The City Tv show, for a production of The Old Woman at a venue in Manchester, England.

The play, based on novelist Daniil Kharms' book of the same name, will include dancing and singing as well as acting, and Baryshnikov, 65, has revealed he was forced out of his comfort zone by director Robert Wilson.

He tells the Bbc, "With Bob (Wilson), every day is an adventure. He asks you to do things which you never dreamt in your life (that you would do). I sing in this, a little bit... He forced me to choreograph, which I refused many times. I did little things in my past career, but I'm not a choreographer.

"First we were doing (the play) in English of course, and then he said, 'I think you should do it in both languages, Russian and English. You should switch from one sentence in Russian, to one sentence in English.' It was already in the middle of rehearsal process.

"It is (an) exhausting process and it doesn't let you go 24/7. For me it's much more exhausting than dancing all day."

The Old Woman runs at the Palace Theatre in Manchester, England from 4 July (13).