By Victoria Pavlova in Music / Festivals on 19 April 2015

The band were inducted in their first year of eligibility.

This year's inductees into the Rock'n'Roll Hall of Fame, Joan Jett and Ringo Starr, definitely fall within the "about time" category. And they aren't the only ones. The 2015 inductees also include the cool kids of rock, Green Day. Green Day were a bit overwhelmed on the night of their induction.

The Bay area trio also played a pretty intense show on the night of their induction, reminding everyone why they were the band to take punk rock to the masses back in the 1990s. From the opening power chords of American Idiot, Billie Joe Armstrong, Mike Dirnt and Tre Cool had the crowud at Cleveland's Public Hall up on their feet and dancing along to the tune of 90s nostalgia. 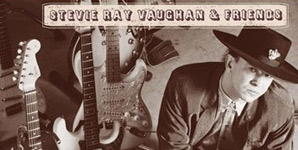