Director Taylor Hackford Has Been Hit With A Lawsuit For Allegedly Dropping A Business Partner From A Deal To Revive Stage Musical Louis & Keely: 'Live' At The Sahara. 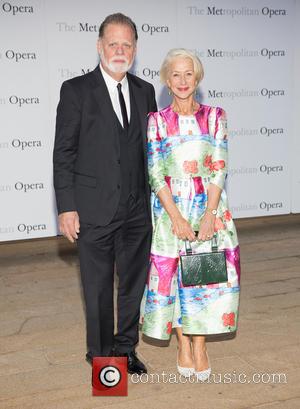 The Ray moviemaker, who is married to British actress Helen Mirren, has been accused of cutting Roger Lee Harrison as a producer despite them working on the project together since 2009.

Harrison claims he was to serve as a producer alongside Hackford and Stuart Benjamin.

The trio optioned the musical, about the troubled marriage of jazz singer Keely Smith and bandleader Louis Prima, and had planned to divide profits and expenditure into thirds.

However, over the coming months, Hackford dropped off the radar and by January (15), he allegedly told Harrison he would produce the show with composer/playwright Hershey Felder instead of Harrison and Benjamin.

The show, directed by Hackford, opened in Chicago, Illinois in March (15) and is set to run at the Geffen Playhouse in Los Angeles in December (15).

Harrison is seeking $500,000 (£312,500) in damages from Hackford, Felder and the writers Jake Broder and Vanessa Claire Stewart for a range of complaints including breach of contract and breach of fiduciary duty.

He also wants a producer credit and a portion of revenue from upcoming productions of the musical.