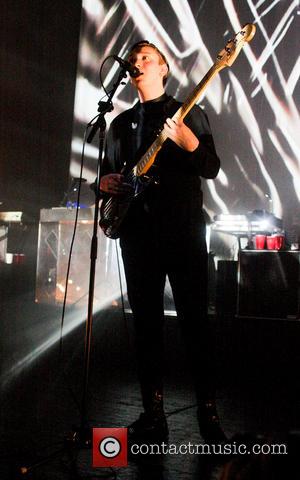 British rockers The XX have rescheduled a show in London after discovering a local section of the city's Underground service would not be operating on the day of the gig.

The band was due to perform in Osterley Park, west London on 23 June (13), but it has decided to bring the concert forward a day and change the venue to Hatfield House, Hertfordshire because the tube lines which served the area around the original venue are scheduled to be closed.

A statement issued by the group on Facebook.com reads, "We've had to make a change to our London Night + Day event. Tfl (Transport for London) have decided to cancel all Piccadilly and District line services through Osterley, making it impossible for most of the ticket holders to get there/home.

"The event will now happen on Saturday 22nd June at Hatfield House, just 20 minutes from Kings Cross or Finsbury Park. We're really sorry for any trouble this causes anyone, but we made sure that the new venue is even better."

Solange Knowles, who joined the rockers onstage at the Coachella festival in California last weekend (13Apr13), is among the acts also set to perform during the rescheduled show on 22 June (13).

The xx launch a new series on Apple Music 1