The reviews for Long Way Down aren't as good as expected. 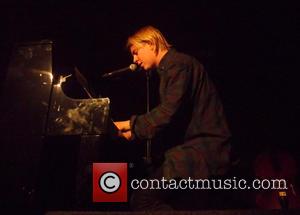 A pattern has formed for young and emerging musicians: they get hyped to the apex of their abilities before they’ve released their full length album, usually on the strength of a small EP, a live show or sometimes even a single. In many ways, Tom Odell has been a victim of his own success- either that or his album just isn’t that good.

With a 66% overall raiting on reviews aggregator site Metacritic, it’s clear to see the critics are divided on the youngster’s debut offering. “There's also something a little too contained, cling-filmed and... Keane-ey about it's measured percussion and guitar swells,” say The Telegraph. “Which leaves you feeling that although this is a very good record by a very talented young artist, it's probably not a patch on catching him live.” This was one of the kinder reviews. The Guardian say: “He may yet rise above the glut of similar-sounding Sheehans, Buggs and Mumfords, but hasn't yet found his voice,” While Q, rather forgivingly, say “There are too many songs here set to the same humdrum pace. But those are the sort of flaws you expect from a debut." The long-awaited album from Tom Odell isn't up to scratch

It’s clear that, from the reviews at least, Tom Odell is showing serious promise. But the critics weren’t fooled by his incredible hype, choosing instead to point out the flaws in his DIY style of piano pop. He’s young, though, and with time, Odell might yet become the prominent recording artist he’s threatening to be. Tom Odell performing at one of his famous live shows.