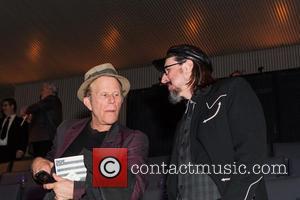 Veteran rocker Tom Waits shuns air travel since increased security measures were introduced after the 9/11 attacks, because he hates emptying his pockets.

The Downtown Train singer insists on carrying countless essential items in his clothing wherever he goes, and he got so tired of pouring out his possessions at airport checkpoints, he decided to travel by road whenever possible.