Toni Braxton has been hospitalised after her immune system started to shut down due to a flare-up of her condition Lupus. 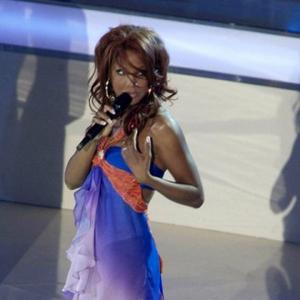 Toni Braxton has been hospitalised after her immune system started to shut down.

The 'Un-break My Heart' singer suffered a flare-up of her condition Lupus - which causes the immune system to attack healthy cells, tissue and organs - but says everything is now under control and she is "totally fine".

She told TMZ.com: "I wanted to say thanks to all my fans for their support, as I have been experiencing some flare ups with my Lupus which has me in the hospital for a few days."

"I wanted to clear the record before rumors started, and will totally be fine as I'm blessed to having an amazing family for support."

Toni - who has two sons, Denim, 10, and Diezel, eight, with her former husband, Mint Condition musician Keri Lewis - has suffered a string of health setbacks in recent years.

In 2008, she revealed she suffers from pericarditis, an inflammation of the sac surrounding the heart, after being made a spokesperson for the American Heart Association.

The 43-year-old star - who also has hypertension, most commonly referred to as high blood pressure - said: "I have heart disease. I found out about four or five years ago. I've also been diagnosed with hypertension.

"When I found out I was disappointed. I didn't get it. But I soon learnt I had to make lifestyle changes. I always ate relatively well, but sometimes I would have pizzas and burgers late at night - I had to change that."