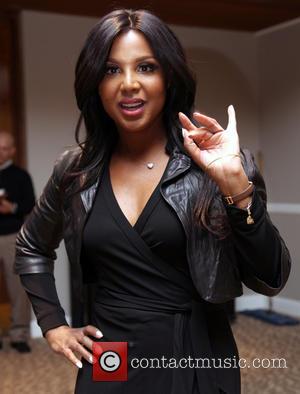 Toni Braxton retiring from music is something that has been anticipated by the R&B singer's fans for many years now. The singer - who has sold over 60 million records worldwide - announced her exit from the music business on Tuesday (February 12, 2013), signalling her intention to pursue her burgeoning career in film and television. "For what I do I have to love it. I have to feel that excitement and it's gone," the 45-year-old told The Grio. "I'm just not going to do any albums anymore; maybe touring occasionally here and there because I love performing, but not as much as I did in the past. But no new projects."

Braxton, a six time Grammys winner, has struggled with personal woes in recent years, filing for bankruptcy in 2007 and facing foreclosure on her mansion. She ended up in hospital last year with complications linked to the autoimmune disease lupus. She now appears to be heading in the direction of Hollywood following two stints on Broadway, in Disney's Beauty and the Beast and playing the titular queen in Aida. Braxton also appeared on the seventh season of Dancing with the Stars and headlined her own reality series Braxton Family Values.

Now, she's set to build on her 2002 turn in action movie Kingdom Come and is turning attention to movies. She recently landed her first lead role as a small-town gospel singer and single mom, in Lifetime's Twist of Faith, which premiered on Saturday (February 9, 2013), though has a very specific ambition for her next role. "I would like to play a lesbian," she admitted, "I don't know why. And do a whole make-out scene and the whole thing; just something completely different than people would expect from me. Not a lipstick lesbian, either."

The third season of Braxton Family Values premieres on March 14, 2013.