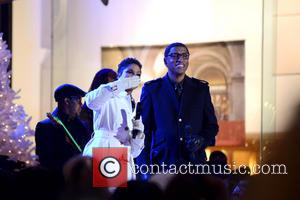 Singer Toni Braxton is backpedalling on her decision to quit her career in music, thanks to some coaxing from her good friend Kenneth 'babyface' Edmonds.

In February (13), the Un-Break My Heart hitmaker stunned fans by announcing she would be retiring from music to focus on acting and other projects.

During an appearance on U.S. breakfast show Good Morning America, she stated, "I don't feel the love for music anymore. It's not affecting me and making me feel that thing I always felt when I performed, it's leaving me. I'm not sure what's going on in my life, maybe I'm going through a female midlife crisis, I'm not sure, but my heart isn't in it anymore, and I hate to say that."

But now Braxton has changed her mind, thanks to a conversation with her frequent collaborator Edmonds, telling theGrio.com, "I was going to retire because I was thinking about my career. So he (Babyface) told me you can't think about that, you have to go back to being an artist and performing and loving your artistry.

"Retiring is off the table now. I don't know what I was thinking. I will never retire... ever, ever."

Braxton and Edmonds will release their first album of duets, titled Love, Marriage, Divorce, next year (14).