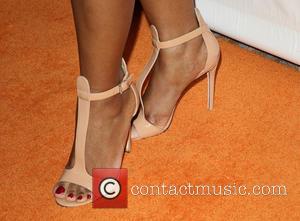 R&B star Toni Braxton was wracked with guilt when her son Diezel was diagnosed with autism, because she was convinced his condition was God's way of punishing her for having an abortion years before.

The Un-Break My Heart hitmaker has opened up about her troubled personal life in her new memoir, revealing she terminated a pregnancy in her 30s after learning she was expecting her then-boyfriend Keri Lewis' child.

Braxton had been taking acne medication Accutane at the time, and feared the drug, which can cause serious side effects for foetuses, would result in problems for her unborn baby, so she decided to have an abortion.

The singer wed musician Lewis in 2001 and they went on to have two sons, but when doctors discovered her youngest child Diezel, now 11, suffered from autism, Braxton blamed herself for his developmental disorder.

In her autobiography, Unbreak My Heart: A Memoir, she recalls thinking, "Is God punishing me for that abortion?", adding, "(I) believed that God's payback was to give my son autism."

However, the 46 year old has since had a change of heart about the diagnosis, telling People magazine, "I thought I was being punished for having an abortion. But I realised there is nothing wrong with my baby. He just learns differently."

Braxton and Lewis split in 2009 and their divorce was finalised last year (13).