Classic Rock Super Powers Toto And Yes Are Hitting The Road Together For A 26-Date North American Summer (15) Tour. 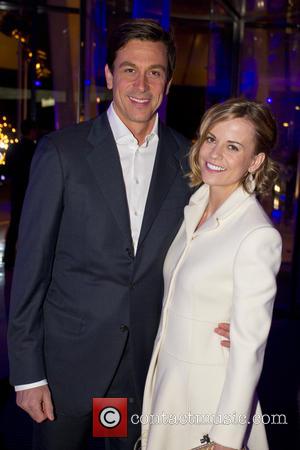 Picture: Toto WOLFF and Susie WOLFF - Shots from the Mercedes Formula 1 teams World Championship title party which was held at the Mercedes Museum in...

Toto guitarist Steve Lukather broke the news of the five-week co-headlining trek with progressive rock legends Yes on Monday (06Apr15), telling Billboard.com the dates will begin on 7 August (15) in Connecticut.

Stops include concerts at the Barclays Center in Brooklyn, New York, the Iowa State Fair in Des Moines and the Greek Theatre in Los Angeles.

Lukather says, "Promoters always want to lump together bands who made records in the late '70s and early '80s, but until now we've avoided touring with the obvious people. But Yes are childhood heroes of ours, so this pairing is a dream come true. Plus, maybe we'll win over some new fans, because we've always had a prog-y (progressive) edge to us."

Toto will be touring to promote Toto XIV, the band's first studio album in almost a decade.