Clair Defina is in her early thirties with an affluent job as a writer in New York. However, her life is plagued by anxiety, suffering severe panic attacks wherever she goes. Clair grew up with her parents in a commune, before leaving with her father after her mother died in a fire. Her friend Isolda encourages Clair to return to the town of Edgeport, and she is immediately recognised by many who knew her parents. She decides to stick around for a while, intrigued by the mystery of the townsfolk, and takes up residence with her long lost Aunt Dora. It isn't long before she realises that there's something very wrong in this town, and everyone seems to be hiding a dark secret. With the help of Isolda, they set out to uncover the mystery, but meanwhile she is being closely watched by Frank - the bastard son of the face of Edgeport, Cyrus Gest - who appears to be the only one in the town she can trust, even if nobody else does.

Machete Cortez is a formidable former member of the Mexican Federal Police and happens to be one of the most badass, ruthless killers ever known. He is enlisted by the US President on a new mission to save the world, being asked to find a crazed anarchist named Mendez and prevent him from launching a nuclear weapon at Washington DC. However, it soon begins clear that he can't trust everyone around him and discovers that an arms dealer named Luther Voz may actually be the real villain in the situation as he is hatching a dastardly plan to cause chaos in every country in the world. There's something no-one's telling Machete about this business but he'll damn well try to find out what it is.

Machete Cortez, a former Mexican Federale agent, returns on another mission to kill as the President of the United States calls him up to recruit him to take down a dangerous and wealthy arms dealer named Luther Voz who is planning to launch a destructive new weapon into space and wage war on his own planet. With his expert training and a history of taking down the biggest crooks of the world, he is the US government's only hope at saving the planet. However, with understandable issues from being double-crossed several times before, can he really know who to trust on his latest endeavour?

Man On A Ledge Review

By Rich Cline
Weak
There's so little to this film that you've almost forgotten everything about it by the time the closing credits start to roll. It's so easy to watch that you're lulled into thinking that it's quite good, even though it's not.

Ex-cop Nick (Worthington) is only a couple of years into an excessively long prison sentence for stealing a giant diamond from a ruthless jewel magnate (Harris). But he manages to escape, positioning himself on a 21st-floor ledge above a busy Manhattan street. As the crowd gathers and cops (Banks and Burns) come to talk him down, Nick's brother Joey (Bell) and his bendy girlfriend Angie (Rodriguez) are breaking into a nearby building. Basically, it's Nick's last-ditch effort to clear his name.

By Keith Breese
Good
Most stars spend the millions (or hundreds of thousands) they make on big budget films buying up real estate, new cars, fancy trophy spouses, designer luggage, and small, rodent-like dogs that don't really qualify as dogs but sadly think they do. (There is some innate "wolf-like" attitude in even the slightest of Chihuahuas, it's the glint of their teeth extended over tiny lips, the snarl; little dogs still have that "wild hunt" bred deep within them. This all seems very tangential but so is Freaked. I'm making a point here.) Alex Winter, hot off the success of the Bill and Ted films, decided to take his money and invest it in an off-the-wall comedy about circus freaks and hideous mutants. Makes sense, right? 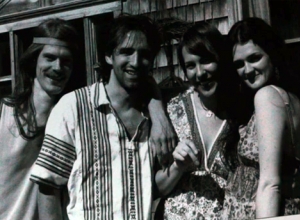 Clair Defina is in her early thirties with an affluent job as a writer in...