Former 'America's Next Top Model' contestant Yaya DaCosta will play Whitney Houston in a planned Lifetime biopic of her life.

Yaya DaCosta will play Whitney Houston in a biopic of her life.

The former 'America's Next Top Model' contestant will play the lead role in the new Lifetime movie depicting the highs and lows of the late 'I Will Always Love You' singer's life and career, including her turbulent marriage to Bobby Brown.

Since appearing on reality TV, Yaya has landed recurring roles in 'All My Children', 'Ugly Betty' and 'House'.

The biopic will be directed by Angela Bassett, who starred alongside Whitney in 'Waiting to Exhale'.

While many fans are excited about the movie, Whitney's family are ''p**sed'' it is a TV movie because they feel she deserves so much more.

Pat Houston, Whitney's sister-in-law, told TMZ: ''Whitney is certainly worthy of more than a television movie. If Whitney were here today, this would not be happening.''

Whitney's estate has reportedly already informed Lifetime of their displeasure and is said to be threatening a lawsuit if the network refuses to cancel production.

The singer's loved ones are instead planning their own big screen movie in the style of Michael Jackson's 'This Is It', which they feel would be a more fitting tribute to the musical icon, who accidentally drowned in February 2012 in her Beverly Hilton hotel suite, with heart disease and cocaine use listed as contributing factors. 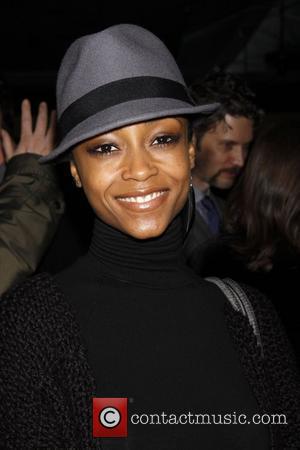