There’s another new entry at Number 2, for vocalist Josh Groban’s seventh album Stages. The record features Groban tackling a range of famous musical theatre songs, from such productions as ‘Les Miserables’, ‘A Chorus Line’ and ‘The Phantom of the Opera’. It sold 180,000 copies, and includes collaborations with the likes of Kelly Clarkson.

Far behind at Number 3 is the soundtrack to Furious 7, which continues to perform well in both the albums and singles charts as well as the box offices, with 53,000 copies sold. The final new entry in the Top Ten is at Number 4, for another country artist in the shape of Tyler Farr. His album Suffer In Peace sold 42,000 copies.

Drake’s If You’re Reading This It’s Too Late, still benefitting from having been released physically a fortnight ago, drops a place to Number 5 with 37,000 units shifted. Likewise, the soundtrack to Fifty Shades of Grey falls one spot to Number 6, with 36,000 copies sold. 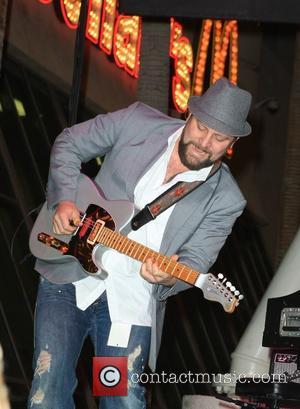